Newcastle is a large village as villages go, and it has a remarkably open plan, with many green spaces and large fields, side-by-side with various kinds of housing right in the centre of the village. For this reason it is extremely special, because various kinds of wildlife not only happily enter the village, but in many cases they are living among us all the time. Our Biodiversity Group works to conserve and enhance the natural environment and wildlife of the area here in county Wicklow.

The Newcastle Biodiversity group are volunteers, working to conserve and enhance the natural environment and wildlife of the area here in county Wicklow. Click here to find out more.

Newcastle Heritage Walk
This 3.4km Heritage loop walk was launched in 2012 and follows a trail up through the fields behind the village, with spectacular views across the farmland and coast leading back down past the Church of Ireland & school. Full details of the walk can be found here.

The East Coast Nature Reserve at Blackditch Wood, Newcastle, Co. Wicklow is an important refuge for wetland plants and birds. There are three main habitats on the reserve: calcareous fen (a rare type of bog), grassland and woodland. The fen is the most important habitat for rare flora, whilst the grasslands and pools provide crucial nesting and feeding areas for birds. Download the East Coast Nature Reserve Guide here.

Newcastle Beach is just one mile down Sea Road, providing excellent walks both northwards towards The Breaches and southwards towards Five Mile Point from where one can return (with caution) to the village by road. It is a quiet area of tremendous natural beauty, with views of the sea, the wetlands, the mountains and is a fantastic place to watch the wide variety of birdlife including Terns, Little Egret, Kingfishers, Greenland White-Fronted Geese, and Whopper Swans.

2Kms east of Newcastle is the East Coast Nature Reserve.

The reserve has important fen habitats, as well as wet grasslands and birch woodland which are part of the larger Murrough Wetlands, a coastal wetland complex. The fen and wet grassland areas are seasonally flooded and open pool areas are a permanent feature.

The East Coast Nature Reserve at Blackditch Wood, Newcastle, Co. Wicklow is an important refuge for wetland plants and birds. There are three main habitats on the reserve: calcareous fen (a rare type of bog), grassland and woodland. The fen is the most important habitat for rare flora, whilst the grasslands and pools provide crucial nesting and feeding areas for birds. Since acquiring the land, BirdWatch Ireland has been hard at work reinstating the habitats of the reserve and providing public access to this wonderful wetland resource, right on Dublin’s doorstep. Nearly 80% of Ireland’s fens have been lost. The type of fen here at the reserve is now very rare and contains many unusual and endangered plants, including the Narrow-leaved Marsh-orchid. To restore the fen, BirdWatch Ireland has raised water levels, removed encroaching scrub and introduced Kerry Bog Ponies, an ancient native breed, to manage the vegetation. Major Robert Ruttledge, the most renowned and distinguished Irish ornithologist lived for many years in the house called Doon at the entrance to Castle Manor Estate on the Sea Road, Newcastle.

For further information on the East Coast Nature Reserve, to become a member or to make a donation, telephone BirdWatch Ireland at 01-2819878 or visit their website at www.birdwatchireland.ie 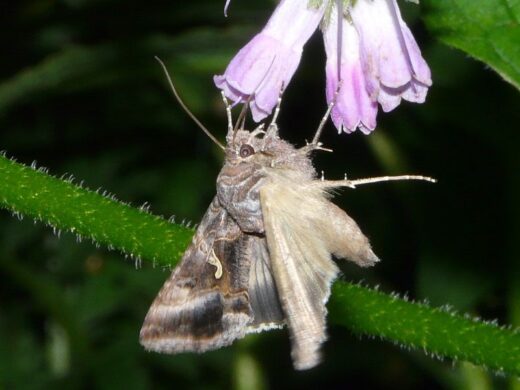