This a list of recent articles posted to the web site

Posted in newsletter | Comments Off on Newsletter – April 2017

2018 got off to a great start down at the East Coast Nature Reserve. The usual winter visitors from the cold north such as Wigeon, Teal, Shoveler, and Whooper, were joined by three Glossy Ibises from the warm south. These magnificent wading birds are usually associated with Africa, although the trio are more likely from Southern Europe. Ringed birds from southern Spain have turned up in Co. Wexford in the past. It’s predicted that as our climate changes they will establish in Ireland, similarly to another regular on the reserve, the Little Egret. For the time being these three appear to be very happy and well fed. They can be seen just inside the main entrance of the reserve, probing their long sickle like bills into the wet fields as they look for insects and larvae.

If you have strolled down Sea Road on a recent sunny morning you might have been lucky enough to have heard the drumming of woodpeckers claiming territory. Great Spotted Woodpeckers arrived in Wicklow around 2007, bouncing over the Irish Sea after a boom in the Welsh population. Although they can be quite shy, they regularly visit peanut feeders and will often give themselves away with a loud ‘kick’ call. Keep an ear out for this wonderful sound, which should continue until early April, adding percussion to the dawn chorus

read the newsletter in full here

Posted in newsletter | Comments Off on Newsletter – March 2018 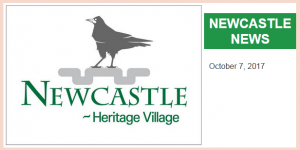 The AGM for Newcastle Community Centre will take place on Tuesday October 17th at 19.30 followed by the AGM and ordinary meeting of the Newcastle Residents’ Association.  Everybody is welcome to attend both meetings and if you are interested in getting involved either in a big way, or a small way, come along on the night or even better contact Michael Carey (087) 238 1060 or email him here.
The development of closer co-operation between Newcastle Residents Association (NRA), Newcastle Community Centre and other organisations in Newcastle is on the agenda. Recently s taff from the Bray Partnership engaged with personnel from the Community Centre, the NRA and other organisations within Newcastle in order to see if it is possible for the different entities to work more closely together in the interests of the village generally.
read the newsletter in full here
Posted in newsletter | Comments Off on Newsletter – October 2017

Build the Ark, We are Going Under 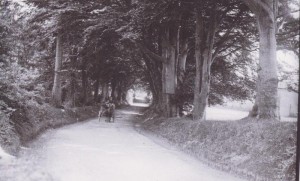 Build the Ark, We are Going Under
The Office of Public Works (OPW) has published a list of ‘unviable’ flood defence works and says that work needed to protect homes in Newcastle is “too costly” because the necessary work would benefit too few.
The OPW says that the work needed would cost more than the repairs, so they will not go ahead. A small number of homes are at risk here, in Kilcoole and Aughrim (to name a few places). But will it be her home near the sea, your home in the village, or our neighbours’s by the river ?  The answer is surprising.
We have a meeting tonight of the Residents’s Association and this matter has not been even put on the agenda because we are so busy with everything else.
read newsletter in full here
Posted in newsletter | Comments Off on Build the Ark, We are Going Under 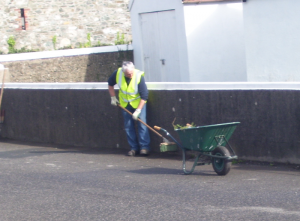 Spring Clean to celebrate Earth Day
On Saturday April 22, between 10am and 12 noon we will be carrying out a major Spring Clean in Newcastle. We meet at the car park at 10am.  We will gather at the end of the Spring Clean in the Community Centre where there will be cake and coffee for all volunteers at noon courtesy of the North Wicklow Country Market.

Posted in event | Comments Off on Spring Clean this Saturday 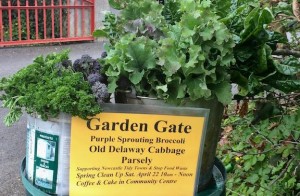 As the spring planting season begins new ground must be prepared for some gardeners, this means clearing out over wintering vegetables. While being a delight throughout the frost bite months, these green giants now need to be eaten or composted…

Posted in newsletter | Comments Off on Easter break

The Parents Plus Adolescents Programme aims to support parents in their valuable role of bringing up teenagers and helping them grow into confident well adjusted adults.

Who is the course for?

The course is suitable for all parents and people caring for adolescents aged 11-16 years . This includes couples, lone parents, foster or step-parents, grandparents, other family members, and all other guardians and carers of children.

Posted in event | Comments Off on Parents Plus Adolescents Programme

Join us & party to protect the planet

We love this planet and we love our own little corner of it most especially.

That’s why each Earth Hour we make as nois as possible for action on climate change.

Posted in newsletter | Comments Off on Newsletter March 2017

Posted in newsletter | Comments Off on Newsletter January 2017
Marquee Powered By Know How Media.